How to Pick the Right Homogenizer for Colloidal Suspensions 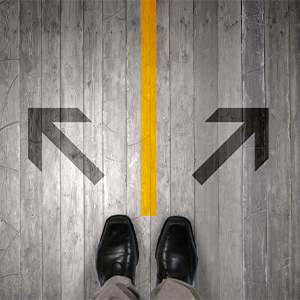 When choosing a homogenizer for a particular application, it’s important to first understand the differences among solutions, colloids and suspensions. Each is a type of mixture, and a mixture is one of the end results of the homogenization process. Thus, picking the right homogenizer directly influences the quality of the mixture you create.

What are the Difference Among Solutions, Colloids and Suspensions?

A solution is a homogenous mixture where one substance (the solute) is completed dissolved into another (the solvent). Solutions can be a combination of any two phases (solid, liquid or gas), but they always result in a single, continuous one. A colloid, on the other hand, is a heterogenous mixture with particles that are bigger (1-1,000 nm) than those of a solution (<1 nm) but smaller than those in a suspension; because of their size, particles in a colloid do not allow light to pass through the mixture, instead scattering it back outward in a process known as the Tyndall Effect. They are not so big, however, that they aren’t able to stay fully mixed, with components unable to be separated by filtration, time or rest. Last, but not least, a suspension is also a heterogenous mixture. Its particles are bigger than those found in both solutions and colloids; they are so large, in fact, that gravity is able to pull them down and settle them at the bottom of the mixture when it’s not being actively mixed.

What Should You Look for in a Homogenizer for Colloidal Suspensions

Colloidal mills are a type of “rotor-stator” or “high shear“ mixer specifically designed to work with colloid suspensions. As such, their function is to reduce particle size so that two substances can be mixed together more easily. The shearing force of the spinning rotor effectively disrupts molecular bonds within a sample and reduces particle size. They are most often used for mixing together two liquids, a solid with a liquid and/or highly viscous materials. However, colloid mills can’t be run continuously because they consume large amounts of energy, which could potentially contaminate any resulting product mixture. Thus, instead of assuming that a colloid mill is the only option for use with colloidal suspensions, users should consider a homogenizer that affirms the following questions:

Does it Reduce Particle Size? ✔️

Does it Reduce the Number of Passes? ✔️

Does it Help Preserve the Product? ✔️

Unlike a colloidal mill, a homogenizer is better able to reduce particle size so that resulting mixtures are much more consistent and uniform. Indeed, we believe our high pressure homogenizers here at BEE International are the best option for colloidal suspensions because they utilize a proprietary combination of high pressure, shear, cavitation, turbulence and impact force to break down and blend samples without the violence and possible degradation of product that can be associated with a singular shear force. Furthermore, our machines can be customized to control the duration, intensity and dominant force used at every stage of the mixing process, making it less likely that multiple passes will be needed to get a desired result. This saves you time and money.

Finally, all homogenizers help preserve products since they facilitate a tight distribution of particles; a tighter distribution of particles means there is more stability, allowing components of a sample to stay bound for longer periods of time and, thus, engendering the improved viscosity, consistency, texture, appearance and flavor (when applicable), as well as the bioavailability, of the products being made. High pressure homogenizers like ours even kill harmful microbes that frequently jeopardize the colloid suspension’s shelf life and quality.

Picking a homogenizer to use with colloidal suspensions is best determined by its ability to confer the most benefits. In addition to generating well mixed samples, a BEE International high pressure homogenizer offers tighter particle distribution, improved stability, better preservation and increased manufacturing productivity when compared to other types of homogenizers and mixers. Contact us to learn more.