What Is Cavitation and How Does it Compare to Shear Mixing Forces? 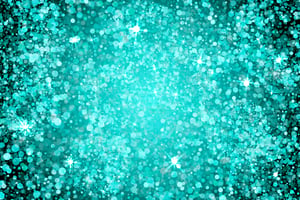 Have you ever wondered: “What is cavitation?” If you’ve had a chemistry or biology class you may have encountered the term and learned a little about its meaning in various situations.

Cavitation is basically the formation and collapse of “bubbles” (i.e., cavities) within a liquid substance that occur due to pressure changes. It can be a harmful process (like when vibrations work to erode mechanical parts), but in many instances, cavitation is a beneficial and often necessary part of certain types of industrial, medical and research processes. Thus, answering the question, “what is cavitation,” helps shed light on the role physics plays in our everyday lives. Here’s what you need to know:

The Simple Answer to “What is Cavitation?”

Cavitation is a type of force.

As a type of force, cavitation changes energy, the very essence of life. It occurs when a liquid’s vapor pressure rises above its static pressure, causing pockets of vapor to form within the liquid. As the pressure again rises within the liquid, these “vapor bubbles” implode sending out shock waves that are able to break the bonds of surrounding particles. The resulting turbulence from these collisions and the destruction they cause then creates subsequent impact forces, which, in turn, cause even more bonds to disrupt. The result, a substance that has been broken up into tiny (often nano-sized) pieces.

There are many types of forces. All forces occur naturally, but oftentimes humans use one or more types of force to create something or break it down. Doctors, scientists and manufacturers, for example, intentionally induce cavitation via the use of homogenizers in order to cleanse, study, test and produce a variety of substances. Sometimes they use cavitation machines to facilitate multiple types of medical treatments, as well. Together these products and processes include — but aren’t limited to — medications, paint, plastic materials, water purification devices and many different cosmetic, weight-loss and other medical procedures!

How Does Cavitation Compare to Shear Mixing Forces?

Cavitation is often a preferred source of energy force when making or using certain types of products because it’s extremely powerful and able to impact a large number of particles at one time, meaning more products can be made and more cells can be affected (when used with/for biological samples). Other types of forces, like shear mixing forces, can’t render the same effects.

Shear mixing forces are forces that work in different directions to break apart and mix the particles of a substance. They’re a bit like a knife that chops away at an onion, dicing it at different angles. Because shear mixing forces move haphazardly, they aren’t as powerful as cavitation’s cyclic stress. Produced as the bubbles of cavitation rise, burst and shrink over and over again, cyclic stress is a controlled process, leaving a type of uniform destruction in its wake. Shear mixing forces, on the other hand, which utilize no established or reliable exertion of force, can’t be depended upon to break apart particles with any guaranteed conformity or regularity when employed singularly.

Cavitation is a useful and necessary process in many industries. It effectively disrupts cellular bonds and creates the smallest-sized particles, ensuring manufacturers and healthcare professionals alike have access to substances that can be better — i.e., more easily — mixed and, thus, making it possible for them to develop products that actually work.

Here at BEE International, however, we don’t just recognize the power of cavitation, we aim to maximize it! We’ve designed a patented emulsifying (EC) technology that combines cavitation forces with shear and impact forces to ensure that industries have access to the smallest-sized particles possible so that even better products can be made. Our proprietary blend of multiple forces offers results that surpass the limited effects of shear, impact and even cavitation alone. Furthermore, our equipment is completely customizable, allowing users to intensify processes according to the task at hand. The result: the best high pressure homogenizers on the market today. Please contact us to learn more.

How Cavitation is Used in Chemical Engineering 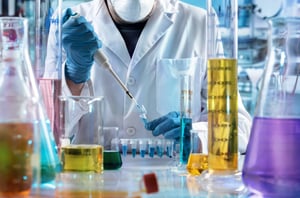 Cavitation is the rapid expansion and implosion of vapor-filled bubbles (or “cavities”) within a liquid substance. These cavities form when intense vibration within the liquid breaks its natural bonds and causes its ambient pressure to become lower than its vapor pressure. In many instances, cavitation is seen as a problem, causing functional changes in both natural and manmade processes that make reliable and consistent operational results impossible. In other cases, however, cavitation can be harnessed for specific manufacturing benefit, delivering products that are more effective — in both application and cost — than those made without it. Chemical engineers, for example, rely on cavitation to homogenize particles within colloidal suspensions, thus enabling them to create a wide range of chemical products including polymers, plastics, pigments, paints, pastes, pharmaceuticals and more! Read on to learn how cavitation is used in chemical engineering:

In many (perhaps even most) chemical manufacturing processes, substances need to be mixed in order to be useful. Thus, first and foremost, cavitation is used in chemical engineering as a way to reduce particle size so that one substance can be more thoroughly combined with another one. Think about it: it’s a lot easier to combine small, uniform pieces than it is to combine large, various-sized ones!

Furthermore, smaller particles mean more surface area; more surface area means more opportunities for particles to interact with one another; and more interaction ultimately yields better — i.e., tighter — cohesion. Because of this, the implosions caused during cavitation inception can be intentionally harnessed during chemically engineered product processing as a way to disrupt the natural bonds of a substance, creating products with a tight distribution of smaller particles that subsequently improve their consistency, viscosity, texture, appearance and even bioavailability (when applicable)!

Indeed, the uniformity of particle size and the cohesion it facilitates combine to provide enhanced product stability, ensuring more effective and a lot longer lasting products than those created in other ways.

In the chemical engineering world, cavitation isn’t just a problem to be avoided, eroding pumps and interfering with mechanical operations. On the contrary, cavitation can be used for advantage in many chemical manufacturing processes; intentionally initiating cavitation during production allows manufacturers the ability to create extremely effective, reliable and shelf-stable products. And if they use a BEE International high pressure homogenizer, the results can be further compounded.

Our proprietary emulsifying cell technology ensures the scalability and customizability of all types of chemical processing, benefits a lot of equipment used to induce cavitation on the market today can’t guarantee, as well as requires fewer passes of product to deliver maximum effect, saving companies time and money. Finally, the high pressure with which our homogenizers operate destroys potential pathogens, ensuring that all products made with our homogenizers are safe and free of biological contaminants. To learn more about the advantages of using BEE International high pressure homogenizers to induce cavitation during chemical processing, please contact us.