The Role of Nanoemulsification Equipment in Cannabis Beverage Processing 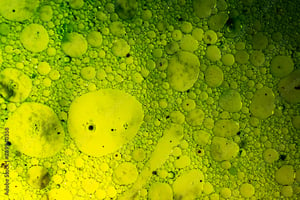 THC and CBD are two types of chemical compounds commonly found in cannabis products. Respectively, they are known for their euphoric or sedative effects, but only when absorbed by the body in some way. However, as fat-soluble molecules, neither THC nor CBD is easily nor quickly digestible if simply ingested in their natural state. Instead, the body has to move the cannabinoids through the digestion system, using bile and various enzymes along the way to break them into tiny particles that can then be more readily absorbed. In this way, the body itself basically has to create a nanoemulsion in order to allow the oil-based molecules in cannabinoids to be absorbed into the body.  It works…but it’s slow, delaying the body’s reaction to the various cannabinoid compounds, as well as never consistently guaranteeing the same type of effects.

Using nanoemulsification during processing (i.e., before ingestion) solves the problem. By breaking down the cannabinoid oils with nanoemulsion equipment before they are imbibed, cannabis product manufacturers are able to mix teeny, tiny cannabinoid particles into a stable liquid phase (meaning they don’t settle to the bottom of the bottle). Fully and evenly dispersing the cannabinoids into a beverage ensures that the body immediately absorbs it, providing a more consistent product that always looks and works the same.

Our high pressure homogenizers here at BEE International are the only type of nanoemulsification equipment that can consistently create the tightest distribution of smallest-sized particles. Unlike other nanoemulsification equipment (such as sonicators and microfluidizers) that only utilize one type of mechanical force, BEE International high pressure homogenizers make use of a proprietary and patented Emulsifying Cell (EC) technology which combines multiple types of forces (shear, cavitation and impact) to more effectively break apart and mix the particles in a substance. Furthermore, our HPHs can be customized according to the job at hand. When making cannabis-infused beverages, for instance, manufacturers can adjust the combination of forces, as well as the intensity and duration of their application, so that cannabinoids are rendered to their smallest possible size in less passes. Please contact us to learn more.