What’s the Difference Between Emulsions and Dispersions? 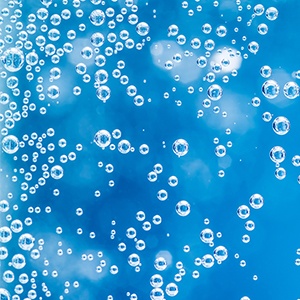 Many of the products that assist us with our daily lives- from milk, dyes, ink, sunscreen, and pharmaceutical creams- are comprised of emulsions or dispersions. These two products, while foreign to non-science general public, are very familiar to the researchers and scientists utilizing them. However, emulsions and dispersions are incredibly similar, and it is therefore easy to misinterpret them as the same. Below is a characterization of emulsions and dispersions, and how each is distinct from the other.

An emulsion is a uniform mixture of two immiscible liquids, most commonly oil and water. Oil-in-water (o/w) emulsions with a continuous water phase are characterized by products such as moisturizers. In contrast, the other major type, water-in-oil (w/o) emulsions, have a continuous oil phase and are known for products like sunscreen. Other commonly known products with an emulsion base include greases, milk, vinaigrette, and latex polymerization.

A dispersion, on the other hand, is a solution comprised of small solid particles dispersed in a second phase, most commonly water, Because the solid particles are water insoluble, they must undergo powerful mixing with water to create a uniform and homogenous mixture. Common examples of dispersions include ketchup, antacid, ink, dye.

Because both emulsions and dispersions are comprised of liquids or solids that would not normally mix, they require a strong mixing process and stabilizers/surfactants to maintain the homogenous state. Emulsion preparation requires three ingredients: oil, water, and a surfactant. Macroemulsions is relatively easy, and can be accomplished with a high-speed stirrer. If you desire smaller droplets, as are found in microemulsions, higher levels of surfactant and energy are required; homogenization can achieve the smaller droplets fairly easily. (1) Dispersion formation is characterized by four major steps: 1) Wetting to displace air from the particles, 2) Physical separation, accomplished using shear to apply mechanical energy, 3) Stabilization to prevent particle re-adhesion, and 4) Processing through homogenization.

As you either embark on, or continue along, the process of producing emulsions or dispersions, your product’s success may depend on the equipment used to make it. High pressure homogenization is a common method for synthesizing both products, because of both its powerful mixing process and its cost/time effectiveness. The homogenizer will shear fluid by forcing it through a restrictive valve, forming a high-quality emulsion.

BEE International Technology is trusted by lab managers and scientists around the world for their high-pressure homogenizers. They offer homogenizers that are both high-quality and reliable, and which can help your lab produce nano/micro emulsions, dispersions, and suspensions..

Visit our high pressure homogenizer products to learn more about how we can improve your product production process. If you're interested in producing better emulsions & dispersions, you'll need to achieve smaller droplets which requires efficient and consistent particle size reduction. Download our FREE eBook now to learn how to achieve this: